Bhutan is officially the kingdom Bhutan. It is a Sovereign state landlocked in the eastern Himalayas in south Asia. Bhutan has borders china to the north and India to the south, east, and west. To the west, this country is separate from Nepal by the Indian state of Sikkim. This is also separated from Bangladesh by the Indian states of Assam and West Bengal. Thimphu is the capital city of this country. Likewise, it is also the largest city in this country. Phuntsholing is a Financial center.

The king of the country is the Druk Gyalpo meaning the thunder dragon. Here landscapes range from Lush subtropical Plains in the south to the sub-alpine Himalayan Mountain in the north. The highest mountain in Bhutan is Gangkhar Puensum. It is a strong candidate for the highest unclimbed mountain in the world. This country enjoys strong cultural links with Tibet. This is lying on the Silk Road between China and the Indian subcontinent.

Additionally, This country has a wealth of culture as well as extreme charm. People are intensely religious which is very much in evidence throughout the kingdom. Likewise, all tours here must arrange through a travel agency. There are many travel agencies for operating Bhutan travel. Magic Himalaya treks and expeditions are one of them. Magic Himalaya is long-establish and one of the only a handful with representatives in Kathmandu. We have the past tailored several tours to suit specific interests through regular contact with our agent. Similarly, Here we are able to be flexible and accommodating to most wishes. 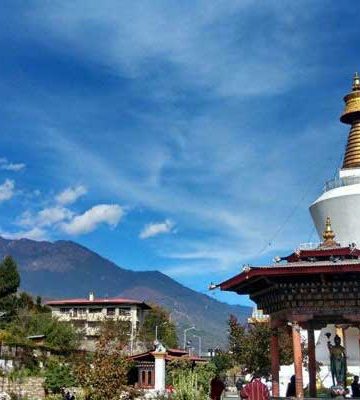 Certified and Trusted by
Pay online